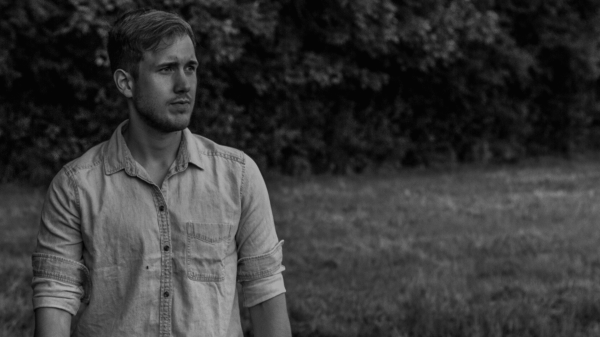 Lumpkin, GA is the location of the Stewart Detention Center, an ICE immigrant detention center. Filmmaker Nicholas Manting Brewer tells Reel South about coming back to his home state to tell the story of this rural town at the center of a national story.

What inspired you to make this film?

Brewer: Georgia is where I spent my formative years, and I always wanted to tell a story about home. I decided to make the film after reading reports about Stewart Detention Center, researching the history of Stewart County and Lumpkin, GA, and talking with activists who had been involved there.

What makes this a Southern story?

Brewer: The South is inherently complicated—it's a beautiful region that's seared with problematic history that has created some truly unique present-day communities. Lumpkin, GA attempts to captures this in its narrative and reflects on the meaning of home.

What were the challenges and blessings in making this movie?

Brewer: The blessings of making this film were simply the people we met. The grace they showed us by welcoming us into their communities and their lives had a profound impact.

The challenges were: a lack of initial funding, our inability to film in the detention center, and traveling to and from LA.

How did the story change you?

Brewer: Spending a year filming on-and-off in Lumpkin taught me a lot about the kindness of strangers and the importance of listening. Every interview came out of simple conversations—from the activists, Jorge and the locals. And people seemed to want to talk to us because we were there to listen.

What do you hope will happen after people see this story?

Brewer: Immigrant detention and poverty are human rights issues in America that are often reduced into headlines and bylines in our discourse. Inherently, these are very nuanced and complicated topics that affect us in a myriad of ways. I hope people coming away from the film sense the urgency of these social issues by seeing them through a more human lens. I hope through Lumpkin we can see our communities and the way we relate to our neighbors--as Americans and citizens of the world.