Hindsight director: Dilsey Davis of 'Now Let Us Sing' shares how she unites through her art

The first feature of our Hindsight project, a joint venture with Firelight Media, the Center for Asian American Media which chronicles the lived experiences of BIPOC communities in the American South and Puerto Rico during the unprecedented events of 2020, is "Now Let Us Sing," from Dilsey Davis. Before the premiere of the short film, Reel South series producer Nicholas (Nick) Price caught up with her to learn more about the film and how it advances society through building social bridges and fostering a greater understanding of the equality of all people.

Nick: Your film is one of the more intersectional of the Hindsight series, by that I mean it speaks to both the uprising against police brutality and the pandemic’s impact on your community. How difficult was it to speak to both in this format?

Dilsey: For me, it wasn’t difficult to speak to both because they were both at the center of my experience and many others in 2020. How could I not address both? The events of the past year have shined a light into a world that most African Americans have been aware of from the beginning. Yet given the low percentage of interracial friendships in this country, many white folks are just now learning of these truths. People of color have been protesting and raising their voices against it for a long time, but it took a pandemic that forced everyone else to be still long enough to stop, listen, and really take in what was going on. I hate to say this, but if we hadn’t had the pandemic, I don’t know if we would have experienced such a large movement of people standing up for injustice. 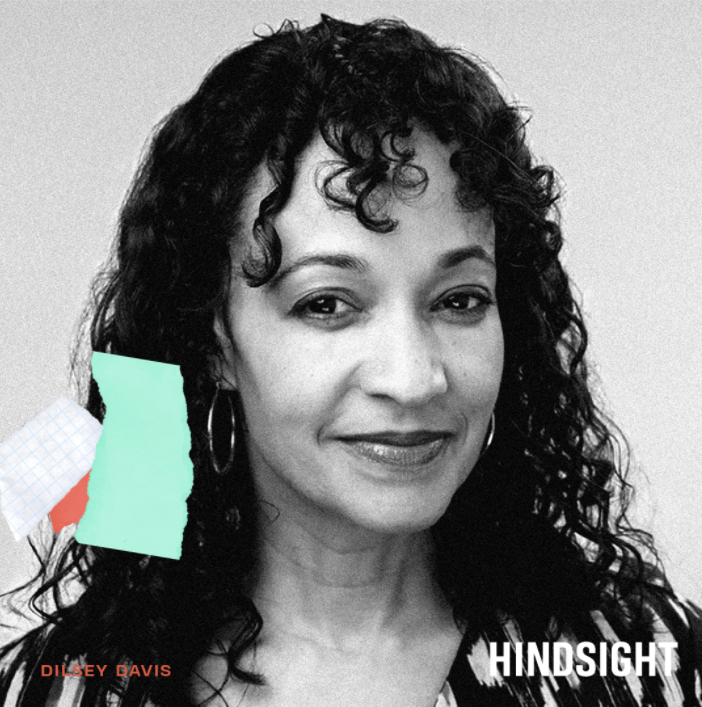 These protests had the most ethnic diversity in the history of protests in this country. I know in my own life I had experienced being stopped by the police on numerous occasions in my hometown of Wilmington, NC; often asked why I was in a particular neighborhood, for example. I know my African American male friends have experienced that tenfold. Part of the reason One Human Family was created was so that people could come together and have frank and honest dialogues and really share their experiences in a way that others could listen and really understand what folks are going through. Black and Brown folks have been bearing all of the burdens and feeling like they have to be silent around White folks in part because – if they opened their heart and shared and no one listened, then that can create yet another trauma. White folks who want to help often don’t know how or what they could do or just feel awkward in spaces when people of color are talking about injustices they have experienced. By working together and creating these spiritual spaces where everyone is being loving but truthful, we can actually have some movement and work on solutions together. I hope that sharing this story, creates opportunities for more conversations to occur and inspires even more people to engage in social action. We call 2020, the year of the “great racial awakening.” I hope it really is and that as the pandemic dies down, people will continue to work together to end these injustices. Getting there is a process, not an event. It begins with a single act of love expressed by the will to step out and say hello.

Nick: A lot of stories about faith communities in 2020 that persist today are about being denied access. But I feel like the strength of your film, and other powerful stories are about their ingenuity. Where does the ingenuity come from with your OHF family? Is it about purpose or something more?

Dilsey: As mentioned briefly in the film, although the members belong to a wide range of religions and faith traditions or of no particular faith, the impetus and guiding principles of One Human Family come from the Teachings of the Bahá'í Faith. The essential oneness of humanity is the pivotal principle of its teachings; the realization of which, Bahá'ís believe to be the next stage in the collective social and spiritual evolution of humanity. The mission of One Human Family is to be a model of unity for the world and it is guided by the principle of the Oneness of Humanity. Our official organization is called One Human Family Workshops, Inc. We say that we are always “workshopping” – learning how people can work hand-in-hand to transform our communities into meaningful spaces where everyone can thrive materially, spiritually, and emotionally. We’re not a showcase where everything is in its place; all polished and on display. The keyword in the workshop is “work.” Workshops can be messy at times so it requires work, but because we use the art as our bridge, it doesn’t feel like work and we all experience way more joy than pain in the process.

Nick: If there’s one concept to take away from your film and the OHF Choir I think is ‘understanding.’ Do you agree? Is there a difference between understanding and unity?

Dilsey: I would say that understanding unity is at the heart of the film and OHF. One can “understand” a problem and yet have no empathy around it. The word unity is often associated with, and accompanied by, an overt or covert call for uniformity. Yet this is not true unity. Such a position presupposes that one sub-group is preferable to another. When we look at the physical world—be it a sea shell, a galaxy or a human being—we recognize that one of the qualities of its perfection is its uniqueness. Therefore, true unity can only be achieved when we appreciate—and revel in—our essential uniqueness. One can ask, what is the foundation for such a unity? We maintain that justice is the primary principle on which unity can stand. Yet ultimately, this can’t be legislated. It requires human consciousness to evolve; one heart at a time. It seems like a long process but it is a scalable process; one that can grow exponentially.

Nick: What does it mean to you to be making this (your) film in this moment, and in the South?

Dilsey: I feel honored to have “Let Us Sing” be joined with the stories of my fellow filmmakers in the Hindsight Project at such a pivotal time in the history of our country. Reflecting upon the critical issues these films bring to light, it would be easy to maintain that such behavior is inherently human and thus unavoidable. But they are not. I believe in my heart that humanity is essentially noble. In the media industry, it is all too common to recount the story of injustice – particularly in the South. I believe the greater task before every storyteller, is to seek out those models of unity, of sacrifice for a greater good; those structures that are being built by common folks throughout the world, and shine a light on them so that the doubter and doomsayer might find their hopes revived, and in so doing discover their own path towards making their part of the world a bit brighter. I believe this is the most important work before every artist today.

Nick: What was it like for you working with public television for the first time?

Dilsey: It has been a great experience. I’d worked with Steve Talbot with Independent Lens on their social justice series just the year before and that was my first time working with public media and it was a wonderful experience, so I felt like my experience with public television was probably going to be good. PBS NC is less than 15 minutes away from where I live, but until the Hindsight Project, we had not had an opportunity to work together. I was also fortunately able to be a Wyncote fellow for the PBS annual meeting this year and I was so excited to see the direction PBS is heading. I have watched PBS since I was a little kid, but I would say once you went beyond elementary school-level programming, I didn’t see as much diversity in programming - both from a geographical standpoint and age and ethnic standpoint. I’m really excited to see more stories taking place in the South and more programming options online as well. I look forward to continuing to work in the public television space.

Nick: What do you want the audience to know about this community you have documented?

Dilsey: That in almost every city and town you can find allies for justice; those who are working to light candles rather than curse the darkness. That those currently engaged in the important work of building new models of unity are always looking for new friends; friends with the same fire in their bellies to lend their own skills to help transform the world. That when we move beyond our fear of the unfamiliar to form new friendships with others that don’t look like us, we create new susceptibilities in human hearts. Conversations in kitchens and on couches can open our minds to new possibilities. The work we identify through these friendships can create new social systems. I believe that we are each a potential channel for these new, loving friendships. I’m convinced it is the most important work before us as artists and as human beings. Those who align themselves to this new rhythm agree that there can be no rest until the characteristics of a more mature society are achieved.

Nick: What’s next for you?

Dilsey: Besides continuing to sing and do music workshops with One Human Family, I plan to finish the documentary I started before the pandemic about the 50th reunion of Black students who participated in the 1969 protests of the treatment of Black students. Some of these former students had not visited Duke since they left. It is a story of the convergence of the past and present. I am also working with a small team of folks to develop a series of solution-oriented stories both in documentary and narrative formats on racial, economic, and social equity. But before I dive deep into those projects, I am going to be spending some time just hanging out and traveling with my husband, two kids, and our dog. We’ve been stuck in our house for a long time and we are ready to reconnect with nature and people in a non-virtual environment.